Unwind in this pristine and comfortable apartment. Plan a movie night with premium Cable plus Netflix, Amazon etc. Enjoy a cup of coffee on the private terrace surrounded by plants. 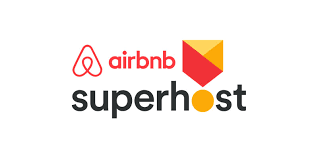 Unwind in this pristine and comfortable apartment. Plan a movie night with premium Cable plus Netflix, Amazon etc. Enjoy a cup of coffee on the private terrace surrounded by plants. If booked check out:

The apartment is located in Culver City, where art galleries, boutique shops, and restaurants are found within walking distance. The Sony movie studios are nearby, and on Tuesdays the local farmer’s market is worth a visit.

We have a third bed in the unit which is a queen size inflatable. 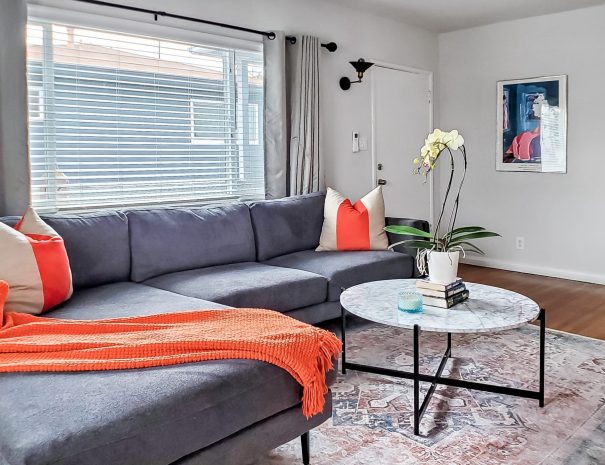 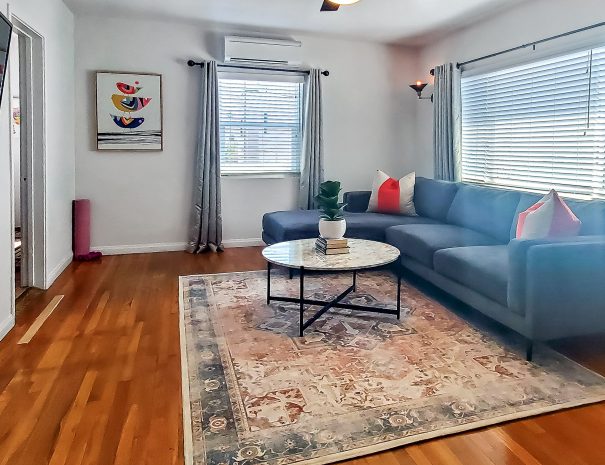 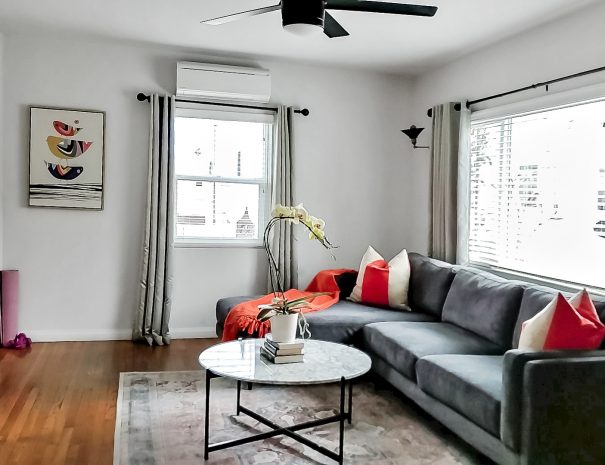 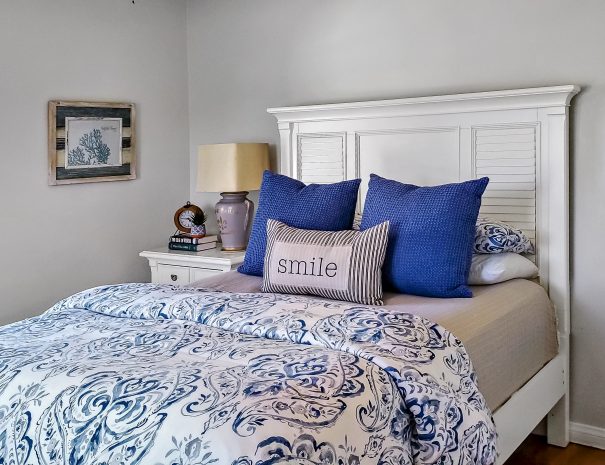 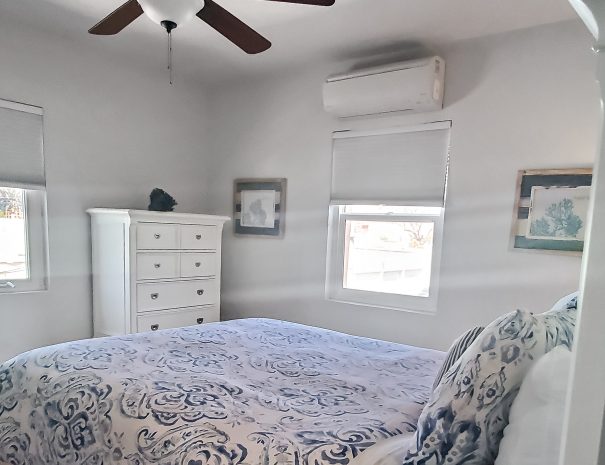 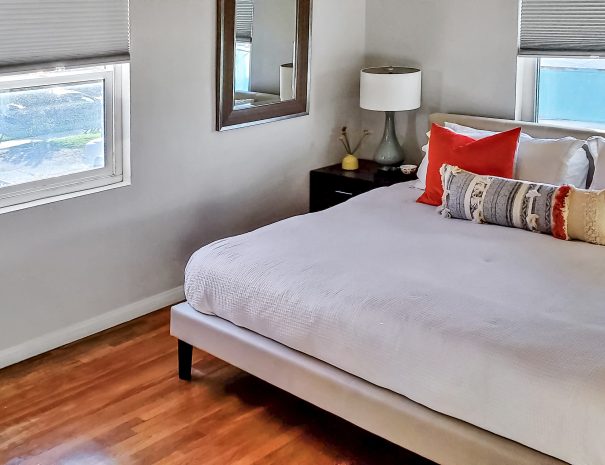 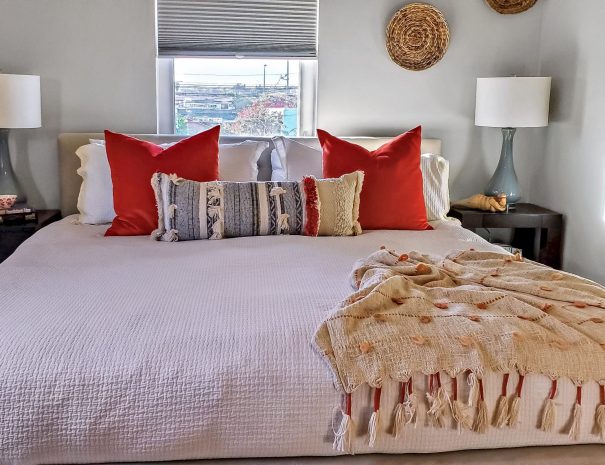 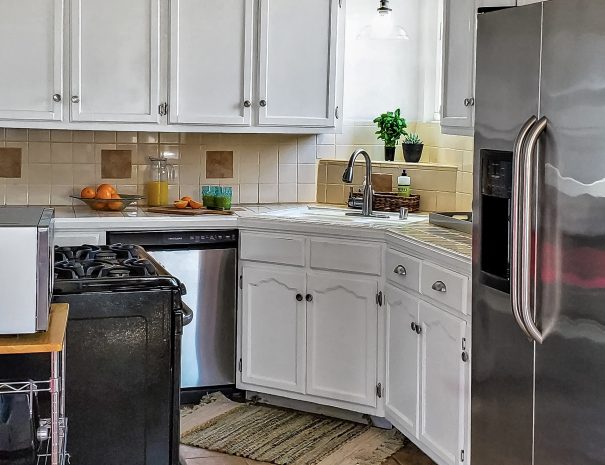 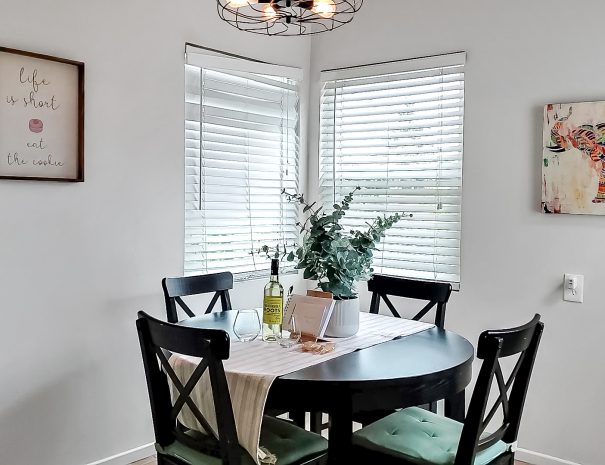 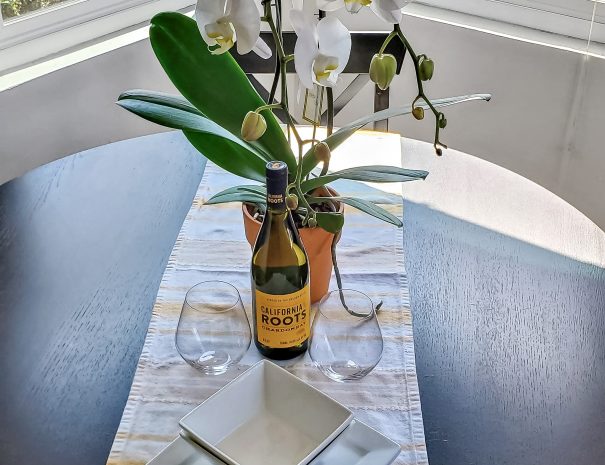 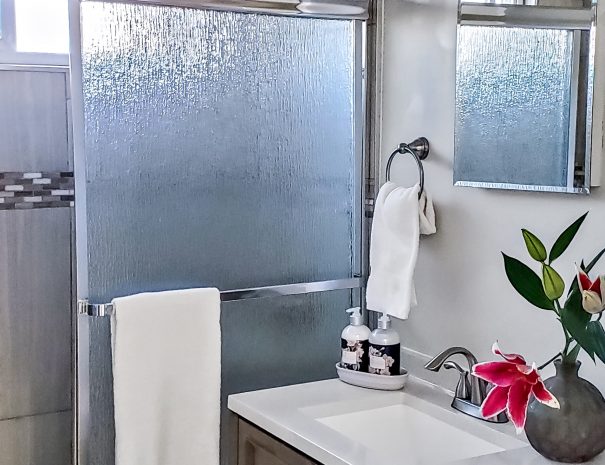 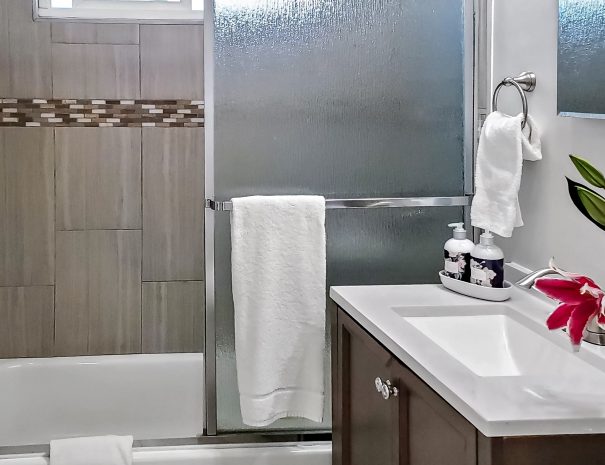 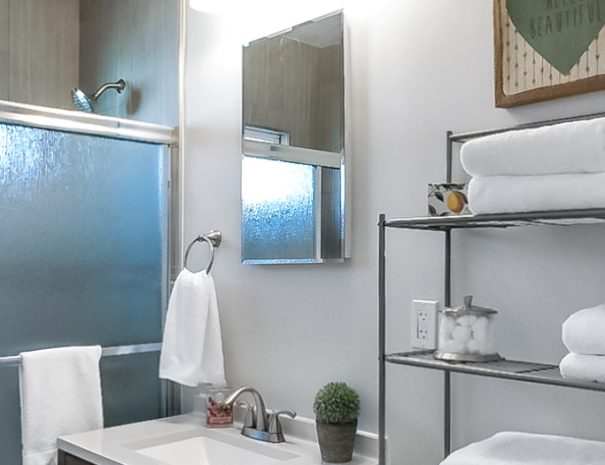 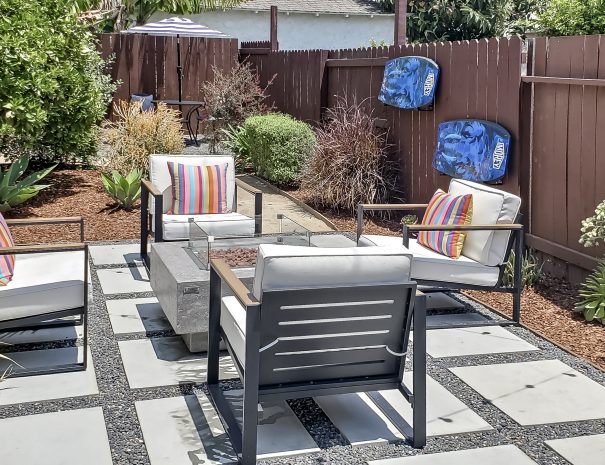 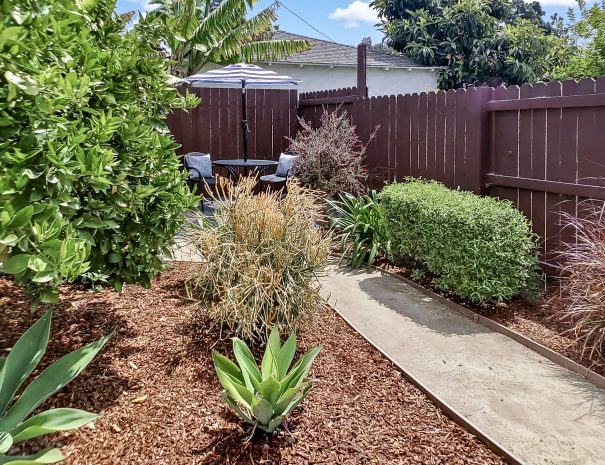 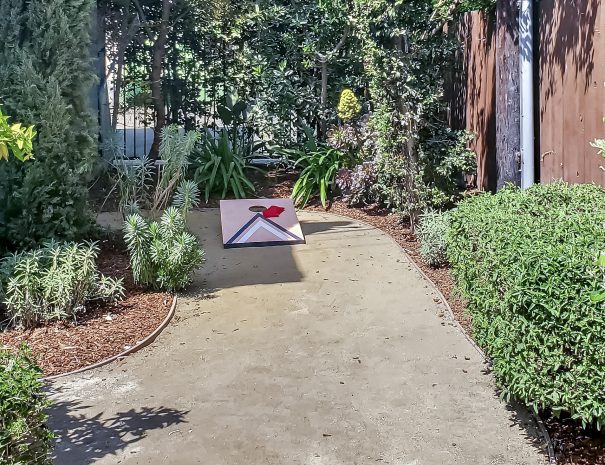 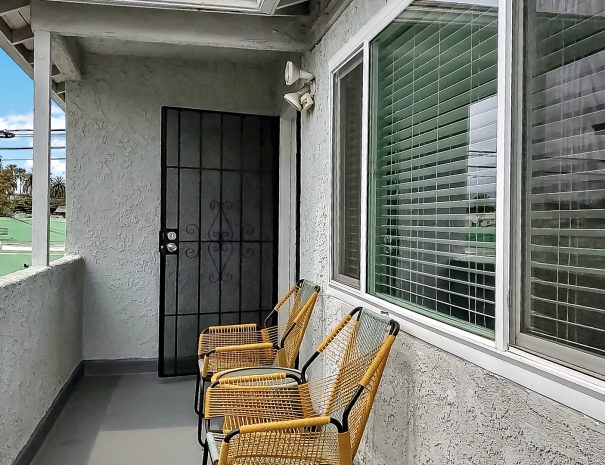 "Our stay was amazing. Thank you for hosting us."
Amy Johnson
Adventurer 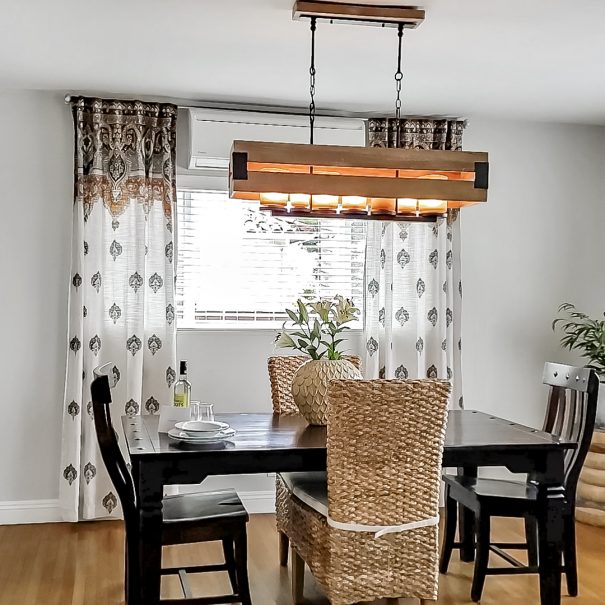 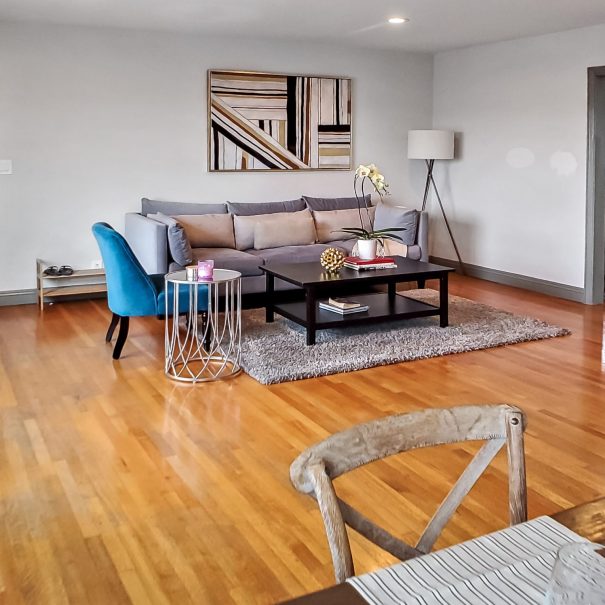 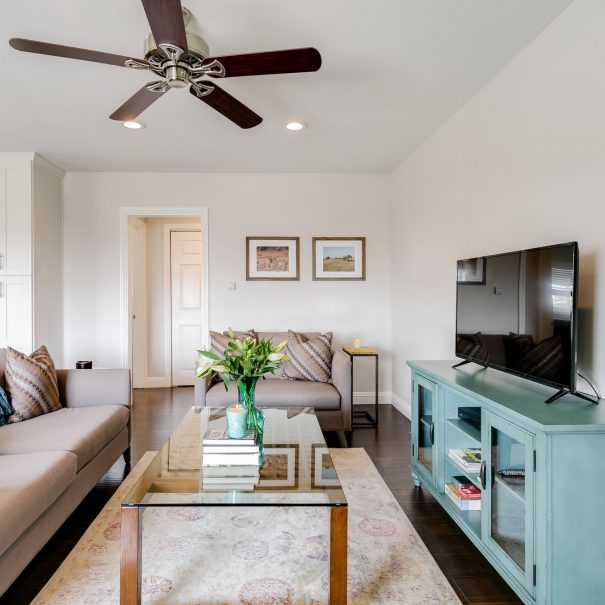 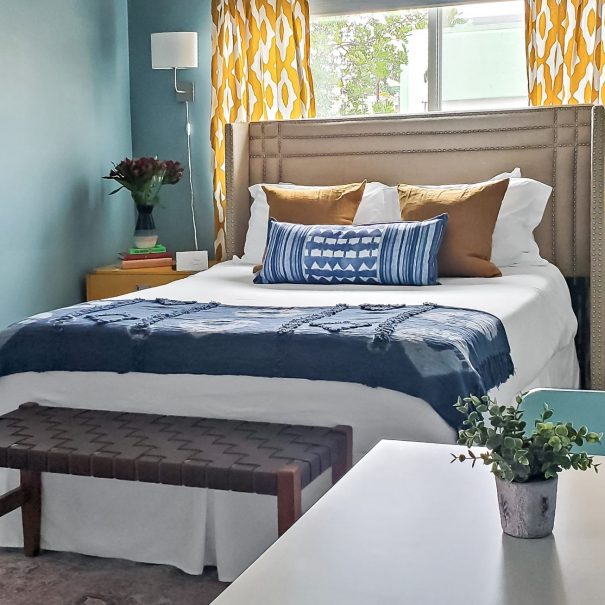 Culver City encompasses more than 35 contemporary art galleries, 25 boutique and design retailers and 17 specialty restaurants and coffee bars. It is also home to creative enterprises such as architecture, advertising, culinary arts, post production and interior design. Nearby media outlets include Sony Studios, the National Public Radio and the NFL.com to name a few.

The apartment is about a 20 minute walk to Downtown Culver City. Enjoy a movie theater, live theatre productions, cafes, bakeries, groceries and some of the best international restaurants in Los Angeles.
Visit the famous Sony Movie Studios where they filmed Wizard of Oz, Gone With the Wind, Singing in The Rain, Raging Bull, I Love Lucy, Batman and more. Also partake in the popular weekly Culver City Farmers Market on Tuesdays with fresh organic fruits and vegetables, breads, cheeses, and more artisanal products to enjoy.

Also worth a visit is the Historic Helms Bakery Complex in the Culver City Arts District. Enjoy interesting shops, art galleries, and some of the best restaurants in LA, such as Father’s Office and Lukshon in the Arts District.

We are less than 2 miles to the Metro, leave your car at home and head direct to DOWNTOWN LA, or SANTA MONICA.

We recommend using ride-sharing apps Uber/Lyft or renting a car. Although there are things to walk to, bike to, take metro and bus to nearby, the general city is extremely large, spread out, and most Angelenos are car-dependent. Public transport is not as developed as in other cities like New York or San Francisco and distances are larger. Uber/Lyft is cheaper here than in some other major cities as well.

Please read the listing and the house rules completely. Once you book the place we will provide you with detail check-in instructions, comprehensive house rules and a guidebook. Below are rules you should know before you book:

1. Since Airbnb is built on trust, I do not allow third party bookings a.k.a booking for someone else. If you book then you must stay in the apartment along with your travel companions. The exception to this rule is if you have a corporate Airbnb account and are booking on behalf of you company. Lastly, if you break these rules then you are subject to cancellation and no refund.

2. Please disclose the number of guest staying at the home. This helps us with supplies and stocking towels/linens.

3. Maximum occupancy is six people. There is an additional charge after four (4) people. We do this because it cost us to clean extra linens, towels and the wear and tear on the home.

4. Please respect our neighbors by keeping noise to a minimum. We offer 3PM to 10PM check-in with lock boxes but if you check in after 8pm please be mindful of the noise.

5. No Smoking, No Pets
Please remember that the apartment and the entire property is NO SMOKING and NO PETS. Our goal is to make the apartment as safe as possible for people with airborne allergies. Smoking in the apartment may result in a forfeiture of all or some of your security deposit.

6. We provide a parking spaces for your convenience. However, oversize vehicles are not recommended such as large SUV’s (i.e., Suburbans). Mid-size and compact SUV’s are fine.

7. Check In (After 3pm)
We offer 3PM to 10PM self-check in for your convenience. However, if you are checking in late (after 8pm) please be mindful of the noise. This is our home and we do have neighbors. The same rules apply if you are checking out early (before 8am).

8. Check Out (Before 11am)
The cleaners will come promptly at 11am to prepare for the next guest. Please sign our guest book, lock the doors, and close the windows and LEAVE KEYS INSIDE LOCKBOX. You may also empty your trash and/or recyclables in any one of the bins. Have a safe journey home!

10. Broken Items
If for any reason you break an item during your stay, please let me know. I understand that accidents happen, but in order for me to fix or replace something for a future guest to enjoy, I will need to know that it is broken. I appreciate your honesty.

11. Towels
Please be respectful of bed sheets and towels. Makeup/foundation, face medications/creams, and tanning products will stain the towels and linens. Beige or gray towels are provided in each bathroom for removal of these products. Guest will be held responsible for linens or towels that cannot be salvaged. Place all used towels on the bathroom floor.

12. Cleaning Supplies & Mishaps
If you have any mishaps, there are cleaning supplies under the kitchen sink. All food and drink spills need to be cleaned up immediately. Food and drink spills on floors and or furnishings is considered to be damage beyond normal wear and tear. If the mishap needs our attention please alert us immediately so the situation can be resolved.

14. Dishes
We take care of all the dishes. Just return them to the kitchen.

15. Trash Disposal
You will find trash bags under the kitchen sink. When the trash can is full, please remove the trash bag and place in any one of the large receptacles.

16. Locking Up
Remember to lock up when you leave the apartment. This is for your safety.

You must also acknowledge
Must climb stairs – 1 flight to apartment.
Security Deposit – if you damage the home, you may be charged up to ₹17361
CANCELLATIONS
Strict · Free cancellation for 48 hours
After that, cancel up to 7 days before check-in and get a 50% refund, minus the service fee.

Culver City, California, United States
Culver City offers a lot for visitors, such as restaurants, nightlife, studios, art galleries, exercise studios, hiking trails, supermarkets and more. Be sure to visit the Culver City Farmers’ market on Tuesdays’s for fresh fruit, veggies, or seafood. Centrally located in Los Angeles, you are less than 2 miles from the Metro rail, and only 15 minutes by car to the Venice beach, LAX, Hollywood, Beverly Hills and Santa Monica.
Distance from Los Angeles International Airport (LAX)
15 mins by car without traffic

Exact location given after confirmed booking 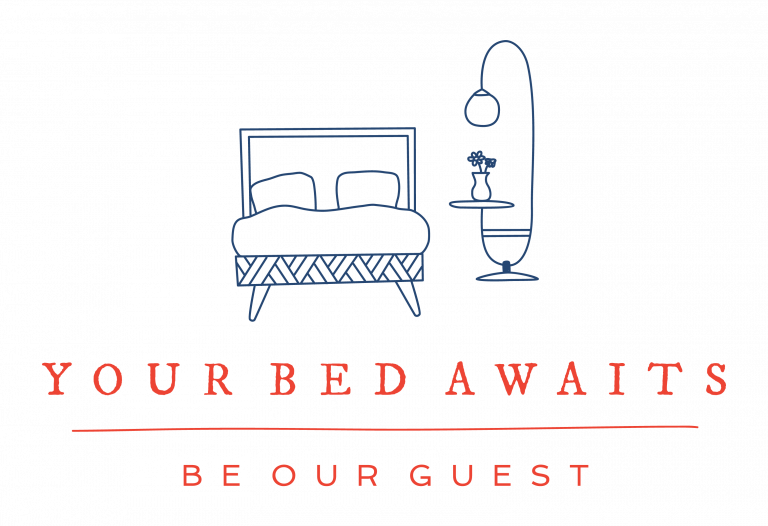 If you have questions about an upcoming booking, email us at hello@yourbedawaits.com.  We’re actively monitoring the situation and following the guidance of the World Health Organization and the U.S. Center for Disease Control & Prevention.

Click one of our representatives below to chat on WhatsApp or send us an email to hello@yourbedawaits.com